If Everything You Knew About Eliminating Debt and Growing Wealth was Wrong, When Would You Want to Know?

If Everything You Knew About Eliminating Debt and Growing Wealth was Wrong, When Would You Want to Know?

If everything you knew about financial planning was wrong, when would you want to know the truth?

You’re here because you’d want to know as soon as possible. So let’s get started.

If you are in a 401(k), IRA, ROTH IRA, Variable Annuity, etc., then you’re being fleeced of two-thirds of your retirement savings.

Senator Peter Fitzgerald of Illinois said it best. “The mutual fund industry is now the world’s largest skimming operation, a $7 trillion-dollar trough from which fund managers, brokers, and insiders are steadily siphoning off an excessive slice of the nation’s household, college, and retirement savings.” 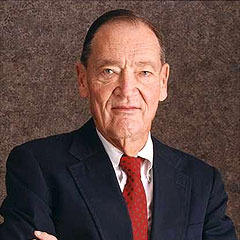 Fitzgerald and Bogel don’t even mention that whatever the system does not rob you of will be 100% taxable as ordinary income. There is also a high likelyhood that you will periodically lose significant portions of your savings, like so many did in the early 2000s and 2008. Despite what you’ve been told, that is money you never get back.

I’m not sure which is more diabolical: this systematic fleecing or the financial industry spending millions broadcasting misinformation to protect the $400 billion in fees it siphons annually from our accounts. By the way, that $400 billion figure only includes fees taken annually from corporate 401(k) accounts and does not include individual and other investment accounts.

The misinformation I speak of has one goal: to condition us to “know” that what the financial industry is peddling is a good deal. And it works. Here are three fallacies we “know” to be true:

Let’s face it: We’ve bought what Wall Street’s selling. Our naivete is going to cost us a small fortune down the road if we don’t wake up and take action.

Millions of Americans are being systematically duped out of the majority of our retirement savings. And yet, we seem to be paralyzed while taking it in the financial rears when we should be screaming at the top of our lungs, “THIS IS WRONG, AND I AM NOT GOING TO TAKE IT ANYMORE!”

If and when you reach that point, contact us. We’ll never touch a dime of your money, and we’ll never charge you a penny for our services. What we will do is teach you how to grow your savings free from market-risk and taxes as inexpensively as possible.

One last thing.  That voice you hear saying, “Grow your savings free of taxes and market-risk? That sounds too good to be true.” That’s what the financial industry has conditioned you to believe. You might want to ignore what they say for a change, and do what’s best for you.

About the Author: Cort Dial

Cort Dial is the Founder of BULLETPROOF Future Planning, LLC and the author of Amazon Top 10 book, Heretics to Heroes, named the #1 Business Book of 2016 by Canada’s Globe and Mail. He offers free education to groups and individuals of all ages and income levels to familiarize them with effective strategies for financial independence and retirement.

Stop growing money for banks and the IRS

THERE IS A RETIREMENT CRISIS IN AMERICA

Over ten-thousand babyboomers retire each day. Eighty percent will outlive their savings. This is because 80% of Americans carry debt throughout their lives that prevent them from adequately saving for retirement.

On average, Americans spend 26% of what they earn on debt. When you take on debt, you sign up to grow money for the bank.

We can help you eliminate your debt, including paying off your mortgage, student loans, and credit cards, much quicker than you might dream. And then we can show you how to convert the debt payments you’ve been making into enormous amounts of tax-free wealth.

When you go to spend your money, whether to start up a business or during your retirement, do you want the money you’ve worked so hard to accumulate to be taxable or tax-free?

Why then are you placing your money in the stock market, 401(k), IRA, variable annuity, etc. where your principal and earnings will be 100% taxable as ordinary income?

We can show you how to build your wealth in a way that assures your money will be non-taxable, completely removing the IRS from the picture.

STOP PAYING MORE THAN YOU HAVE TO

Are you paying someone in the hope they will grow you money without losing your money? How much?

That’s four-hundred billion with a “B” and we’re talking only corporate accounts. That figure does not include individual accounts and all the other ways Wall Street systematically fleeces Americans of their wealth.

Studies have shown that most Americans are utilizing strategies costing them 1-4% annually and that deceptively small cost can add up over one’s life to hundreds of thousands of dollars.

We can show you ways to grow your money while minimizing your costs and where you receive benefits well worth any costs that you do choose to pay.

GET ALL THE UPSIDE AND NONE OF THE DOWNSIDE

You’ve been conditioned by Wall Street to think that “to make money you have to risk money.”

We can show you how to grow your money at market-like returns or better with zero risk of losing any of your money.

Sound too good to be true? Well again, you’ve been conditioned to think that.

Everything we teach individuals is applicable to employers and employees.

We can show employers how to replace their antiquated 401(k) plans with much lower costing vehicles that give their people the opportunity to build bulletproof retirement plans.

Protect and grow what you already have

You’ve worked hard for what you got.

Are you really comfortable placing it at risk in the market knowing that millions of Americans lost huge portions of their wealth in 2000 and 2008?

Do you really think there won’t be another “correction” during your lifetime?

We can show you ways to protect what you have from any risk of losing it while your hard-earned money grows at market-like returns or better.

Everything we teach individuals is applicable to employers and employees. We can show you how to replace your antiquated 401(k) plan with a much lower cost option that empowers your people to build enormous amounts of wealth free of market-risk and taxes.

At BULLETPROOF, we believe that all people deserve life, liberty, and the pursuit of happiness. Our mission is to protect and support that dream for as many people as possible.

Many Americans‘ prospects for the future have changed since the recession of 2008. The ignorance and greed that lead to that calamity are as prevalent as ever. Most Americans have been duped into believing that their 401(k)’s, IRA’s, and ROTH’s are funding their financial futures, but in reality, they are funding an 18-trillion dollar a year financial industry which siphons billions of dollars from their accounts annually while leaving them exposed to serious threats that jeopardize their financial futures.

BULLETPROOF Future Planning, LLC is committed to illuminating this situation and teaching Americans the latest tools and strategies for achieving financial independence and enjoying a carefree retirement. Our goal is to empower Americans to self-build and manage their financial futures with the peace of mind that those futures are protected against the 6 Big Threats.

Our CEO and Founder, Cort Dial, an accomplished author, entrepreneur, and investor is the author of the Amazon Top 10 business book, Heretics to Heroes, A Memoir on Modern Leadership, named “The Best Business Book of 2016” by The Globe and Mail. It is available on Amazon in hardcover, paperback, Kindel and audiobook formats. Sign up for Cort’s blog to stay connected with him and attuned to the latest thinking in personal finance, business performance, and youth development.

You can learn even more about Cort at his personal website.

IS MY FUTURE BULLETPROOF

(Check the statements that apply to you)

1. I have a detailed and documented plan that guarantees that my financial independence will:

2. I have a fiduciary guide who

If you’ve answered affirmatively to all eight statements, then your plan is likely BULLETPROOF. If not, your future could be at serious risk.

Either way, we can help you determine exactly where you stand; and if your plan has gaps, help you close them. Contact us for a free consultation today.